5 tip what to do if you In Love with a Married Man?

The man might be giving you attention, tons of gifts and take you out, the relationship isn’t ever going to be a true relationship because he already has a family.

2. He probably wont leave his wife

You should realize it, even though he might say he is going to leave his wife, he probably isn’t. He probably wants to have his cake and eat it too, and unless you put an end to it, he isn't going anywhere.

You must think that what if the man you dating has children.  Cheating has a ripple effect and this in turn can really cause a lot of problems for you, that man, his wife and ultimately his children. Do you want to put an entire family through all of that? 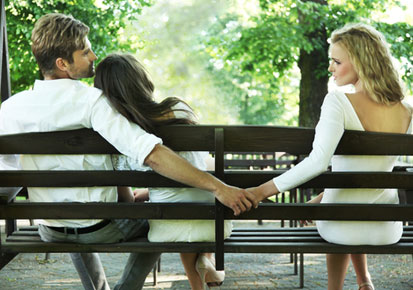 Why would you settle with a married man? You are amazing, smart and beautiful you can have a man who is all yours. So, why you want to share?

Being in love is a very tricky thing, we all who has been through this, knows it very well. You may have deep feelings for him, even though he is married, that means you have to grieve your love and relationship. It is going to be hard like any other breakup but you will get through it.

Millionsingles.com is an online magazine bringing you up to date on all you need to knew about love and relationship.  We work hard on finding interesting and unique stories fresh from the market.

Our online magazine provides a compelling blend of daily articles, blog posts and opinions, as well as videos and visuals across all platforms through our main website, our mobile application and the social media network; all for you to discover the amazing world of singles, love & relationship.